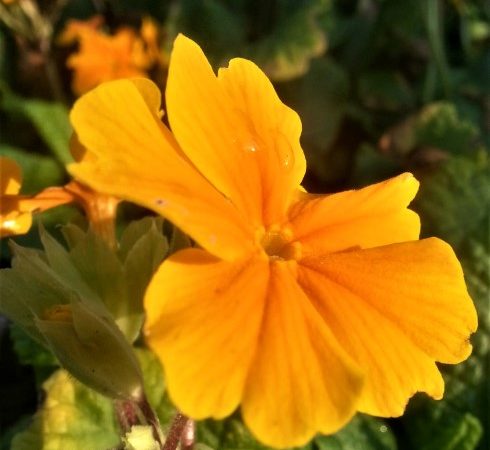 It was a shy afternoon in Koramangala, then one of Bangalore’s ‘emerging’ areas, when I first met Saanvi. I never considered myself gangly, having acquired corners in all the right and wrong places from an early age, but Saanvi was. With her short hair and long limbs, she towered over me. I was never sure why she started talking to me. I wasn’t the most talkative in college, I was more serious than fun, and nothing pleased me more than a long afternoon whiled away in the college’s library. Well, I lie. Something else pleased me more – gardening. When I wasn’t in the library, I would be with the college’s resident gardener – a taciturn man of 50 or so who seemed to make up in garrulousness what I lacked in talk. Yet, although Somu talked and talked, it seemed almost like he was talking more to the plants than me. No one in college knew where Somu came from or whether he had a family. He was just there, a fixture, admonishing those who didn’t know better to wheel their bikes away from his plants. But those plants! How they grew! I would squat down with him as he taught me the shape of each leaf, the tremble of a flower, and the voice that could listen to these plants. Those plants thrived. New flowers adorned the walkways. Colorful leaves raced to compete in a burst of color. I didn’t know if the plants grew because they simply had the soil, or whether it was because he truly loved them. I suspect that sometimes, it is the latter. We never can give to the soil what we give in our hearts.

Slowly, I started to take home saplings and plant them in my own backyard. I listened to my plants. From the fiery reds of the Ixora to the gracious colors of the Hibiscus, I learned the secrets to a plant’s heart. Somewhere, Saanvi joined me. Did she love plants? “No, Vimala, I wasn’t really interested in plants. But when I used to watch you and Somu talk in the garden, for the first time, I saw two people who were just happy. I can’t describe it. How can you describe happiness when you see it?” she asked. I shook my head. I wasn’t sure if I was happy. But I knew that I was at peace. Perhaps, that is the same.

Soon, Saanvi and I would spend hours after college, discussing plants with Somu. We would compete with each other on our plant-rearing capabilities. We gave our plants names. Daisy, Buttercup, Glory, Maggi (That was what Saanvi called her marigolds), Rose (for a rose is a rose is a rose by any other name, we decided), Penny, Honey, and so many more that now have receded into my memory. Soon, others came to know of us. “Plant Twins,” they would call us. Relatives badgered us into plant counseling. Still others to steal our labors of love. But we didn’t mind. As the years turned us into the adults that graduation expects us to be, we loved our plants more. Love came. Love went. Money came. Money too went. Marriage. Children. But we remained the Plant Twins, nurturing gardens that burst with life. Somu died a few years after we graduated and we named a bonsai after him, taking turns to take care of the plant. We became the sort of people who would have liked their lives if seen from afar. Nothing calamitous, serene, and content, we grew fat with the efforts of life. Through it all, we never changed. Plant Twins. And also, Plant Thieves.

It was Somu who taught us to steal. He taught us to steal the hearts of plants. But it was when we went to Lalbagh Botanical Gardens to pick up new plants that he taught us to really steal. It was Saanvi who noticed it when we were tallying up the saplings we had bought. “Where’s this one from? I don’t see it in the bill,” she said, poring over it, our eyes trained to stretch our little pocket money as far as it could go. I peered over her shoulder while Somu waited behind us, trying to hail an auto rickshaw. It was the 9 O’Clock plant – not the most expensive one among all that we had bought. We turned to ask Somu, but he shrugged it off. And then it happened again. Our bill would never tally. It was Saanvi who finally saw through it. “Why are you stealing these plants?” she asked, more in puzzlement than anger. Somu smiled. “Beti, look at all the ones you bought. Those plants will do well. But the one you stole? That will THRIVE. Because it means you gave it the risk of love, not the transaction of money. That plant knows it. Stolen plants always grow best.”

We laughed at his logic, unsure if we should condone or condemn it.
He was always scrupulous about choosing a plant to steal that was the cheapest. We couldn’t stop him, and he didn’t want to be stopped. Yet, we watched in fascination as the cheap stolen plants indeed did seem to thrive. No matter how worn or torn they looked, they would revive, green shoots of life. When Somu could no longer come with us on our plant-buying expeditions, we took over the plant-stealing ritual. Don’t get us wrong or judge us, dear reader. We believed that we were carrying on a tradition. We were scrupulously honest in every area of our life, being blunt when diplomacy would suffice, and following our hearts when following the head is what everyone advised. But we stole a plant. Always. We gave those plants fantastical names from crime thrillers we had read or watched. One of Somu’s earliest steals, “Jack the Ripper,” was a moneyplant that survives to this day. Over the years, “Ted Bundy,” “Hannibal,” “Macbeth,” (we fought over the naming of this one),”Psycho,” and others of this ilk gave us years of green memories. Dusty flowering joys. Blossoming beauties. Inks of colors and palettes of words. “Why do you give these plants such names?” curious visitors to our gardens would ask. We would laugh and blame an imagination that we knew didn’t exist. Because who is to tell the fact? That stolen plants grow best? 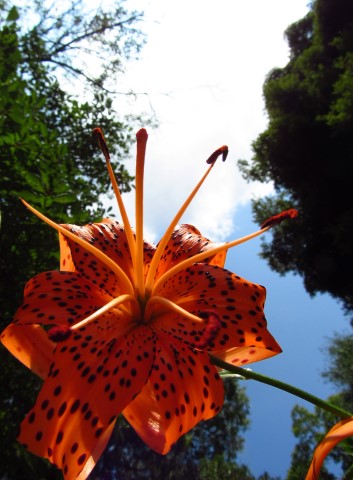 This post was inspired by a story from Vimala, who I met after 17 years, and who was the first friend to tell me to “just write.” I reconnected with her after a friend, Vishy in Chennai, told me, “You don’t let go of good people.” It’s she who said, “Stolen plants grow the best.”

2 Replies to “Those That Grow Best”