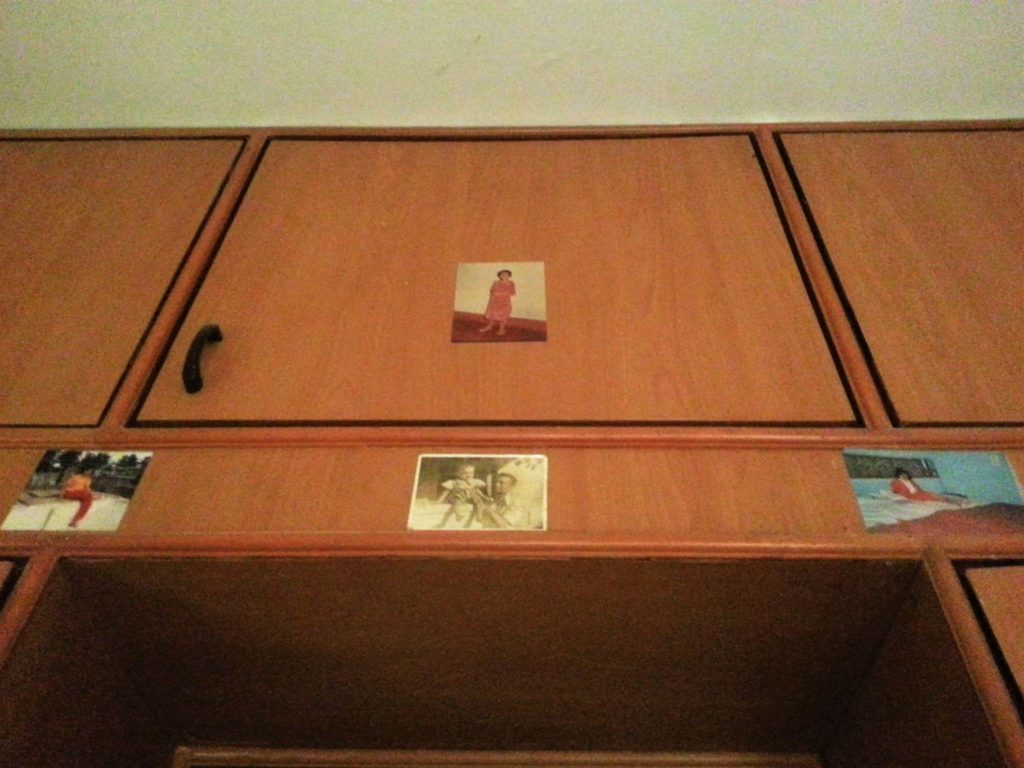 There’s a photo of me on the wardrobe in my room, in my parent’s house. My Dad has taken some of the photos of my childhood, and stuck them on the wooden wardrobe that spans the floor to the ceiling here in my bedroom. One of me as a baby, grinning delightedly, sepia-tinted with my Dad holding me on a ledge. Another attired in what I can think of was the fashion of that time. A skirt, an orange top, lounging on the bed of a hotel. I am older here. Almost 10 years. Another of me, standing against the wall, dressed in an Indian outfit this time. One more of me wearing an awful yello 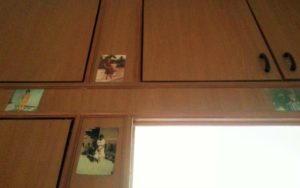 w shirt and red trousers (what was I thinking?!) on the terrace of the house I grew up in, which is now just a shopping mall in Jayanagar, Bangalore. Four other photos on the shelf nearest to the wall – in Kashmiri dress, another in a pink frock, yellow trousers, and one rare photo with my sister. I look at these photos and I wonder which one of these is me. At some point, my Dad stopped taking photos. The world became digitized and a hard disk can never be displayed on the shelves in your room.

I trace my fingers over these photos. I look naive. Trusting. Bad fashion sense. Short hair. Photos from different places. And I think, nothing has changed. I am still naive, trusting, short-haired, taking photos in different places, and carrying on the bad fashion sense. As a child, I was the introvert. I still am. I would be happiest sitting with a book rather than talk. I made few friends and much of my high school, I had lunch alone. I wasn’t exceptionally bright in school, except in English. I wore thick spectacles and couldn’t see my hand in front without them. In contrast, my sister would be the life of any gathering, her charm an effusive outpouring that would make people gravitate to her. At 19, she was getting offers to star in films. At 20, she was an academic achiever, the college topper. I plodded along, trying to get by in life without being noticed too much. In college, contact lens replaced the spectacles. The long plaits of school gave away to shorter hair. I started studying what I enjoyed – literature – instead of chemical equations. There, I was asked to offer opinions. I had to retrain myself to do that. I read self-help books. Tried self-hypnosis. NLP.  Creative visualization. Anything to just get me to talk in front of a group.

I still never thought much of myself. On to the next day. Quiet. Unobtrusive. That’s what I thought I should be. But others differed. In school, my English teacher had somehow noticed me and wanted me to write. In college, a Sociology lecturer thought I should focus on getting into law school, and give the college a rank. I had laughed the idea off, fresh out of school, having barely made it through with an honorable “first-class” mention. But looking back now, these two teachers were who sowed something intangible – they saw in me something I didn’t. I write now, and every word in every book I write is dedicated to that teacher and the ones who have written to me as total strangers, asking me to write. (You know who you all are). And, I did top college and get that “rank.”

Years later, I was a teacher for the first time. I saw in a girl who sat by me at the dining table in this residential school something she didn’t see in herself. I don’t remember what I spoke to her and to others in the school to stop the self-loathing, the cuts on their wrists they would cover up, the words of despair left unsaid. But I passed on a gift I received – I noticed them. Another year, I saw the same something in a young woman who had shattered herself after her grandmother’s death. Another year, more students came through, carrying with them the pressure of graduating, of getting jobs in China’s brutally competitive society, of marrying, of just leading life. Many of them I still talk with. The girl at the dining table doesn’t need counseling anymore, but is a counselor herself. The young woman has learned to love life again. The ones in China have found their way too – as managers in Nigeria or as wonderful mothers or teachers. And me? I am still shy, a shyness that people mistake for snobbishness sometimes. I have to take deep breaths every time I address a gathering. I keep jumping off the cliff of life and relationships, landing badly, scarred bruises and wounds that take a long time to heal. I have treated some people right, many people wrong. But mostly, I have treated myself wrong.

This post is dedicated to all those who, like me, don’t think the you matters that much. You do.

And dedicated especially for one person who may not be proud of her wounds. But I am. I am proud because you are you.