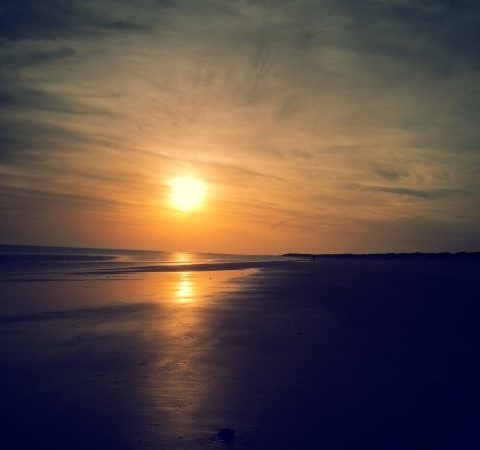 A good friend of mine messaged me yesterday. “How are you managing the space inside your head? These ghosts are coming to the party. Mine, at the moment, is the fear of abandonment.” Since I don’t want to paste his message word by word, I will paraphrase the rest of it. He spoke about how he trusted another person completely, and made himself completely vulnerable. He stayed for the other person, even when he wanted to leave. Yet, when he was at his lowest depth, the other person did not think twice about leaving. That experience has left him “so scarred,” he can’t think of fully opening up to another human, for fear of being abandoned again.

When I read this, I took a long, deep breath. Several long deep breaths. It seemed like the ghosts in my mind had jumped over to my friend’s mind. The space inside my head is often noisy. Chaotic. Filled with unnamed guests. Some friendly. Most just plain vicious. And the most vicious ones are the ones I have created myself. Actually, scratch that out. ALL the ghosts in my head are living there because I created them. I ALLOW them to live there, leeching off the insides of my cells, and playing with every corner of my head, creating scenarios that don’t exist, and playing off old ones that also don’t exist anymore. Those ghosts jumped around frantically when I typed my reply.

Let me share something with you. Abandonment has always been a problem word for me. When my brother died, I felt abandoned by him. When my sister got married, I felt she abandoned me. When my adopted sister too went away after her marriage, I felt even more alone. Since then, I keep waiting for people to turn up and then go away. That pattern got entrenched even more after that. I made friends and allowed them into my life. Many of those friends then got married and well, boom, just like that, you are also an also-ran in their life. I keep telling my closest and most frustrating friend she abandoned me – she got married, went to Dublin, leaving our business, and then while her life changed, mine was still the same. I just no longer had a travel buddy. A weekend partner. A friend I could do anything with. Despite our closeness, I don’t trust her. And then, there were the others. Relationships came and went. Fleeting.

Three years earlier, I had the most lovely friendship, an intense connection I had never had with anyone else until then. Not romantic. But just a soul-crunching, once-in-a-lifetime connection. Guess what happened to that? Her boyfriend came in, told her that I can’t be in her life, and just like that, she went off. It’s something that I grieve about till today. I had the same questions as you, my friend: How can you just walk off? How?

I like to look at it differently now – as different phases where different people play a role in my life. Maybe, they were just candles, lighting a flame for you at that time. In the end, at 40, I am grateful for the ones who stay. And those are so damn few that you feel physically pained. Like the sort of pain that comes after a heart-thumping 20-minute 5K run.

There’s no way around it – people will damage us, bruise us, leave us naked in our souls, and make us gasp in our vulnerabilities. But I believe that it opens our hearts up. I like to believe that there will be light in the cracks when that happens. So, I have personally learned to just let it be. To stop myself from obsessing over what people do. And to do what I can do. Which is to be open, kind, and as fucking strong as I can be. Even in my weakness. Even in my vulnerability. Even in the abandonment. Especially then.

Let’s make our hearts a messy place. Let’s be messed-up. I hope that maybe, there will be answers to all that we go through. And even if there are no answers, let’s be glad we asked the questions.

Do you have words for my friend? What can we do to cope with being vulnerable? And dealing with the fear of abandonment?

6 Replies to “The Fear Of Abandonment”