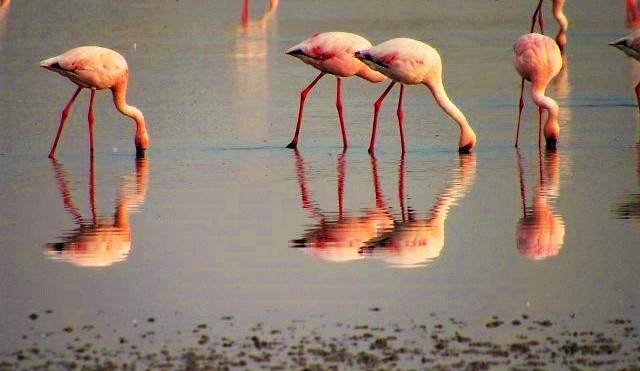 In February this year, I quit my job. At that time, the CEO to whom I reported to asked me if I could leave a little later. As hard as it is for me to stay no, I said no. “I want to see being without the steadiness of a corporate job affects me,” I told him.

A week later, I was in Gujarat at the invitation of Gujarat Tourism to cover the beautiful Kutch festival. I had never been to Gujarat. Indeed, I haven’t been to too many places in India, my quest for travel having taken me to many places outside India. Home can always wait, I thought. I was with a friendly yet distant group of travel agents who were all clubbed together on a familiarization trip of Gujarat. I don’t remember particularly connecting with any of them. I felt like I was the intruder. The online travel operator who the travel agents detested and despised. I also felt I didn’t deserve to be there. I was not the seasoned travel professional these people were. I didn’t have revenues running into millions of rupees. One travel professional casually said, “I lost Rs 65 lakhs running a travel franchise.” Travel lingo floated over my head. “Do you do inbound or outbound?” I was asked repeatedly. I had had no idea what these were. It was a rude change from the world which I had just left. There, I was the mistress of all I surveyed. I fit into THAT world, knowing a turn of phrase and catching editors for poor use of the language. Here, I was out of place and I withdrew into myself.

It was then that I was caught reflecting on my self.

Was I any good at all?

Would I even be good at this?

What the hell was I doing?

Years of carefully cultivated bravado in the corporate word blew away into smithereens. I was lost, a lamb again. I had to pick myself up through the harsh pool of my vulnerability.

One day, early in the morning, we were taken to the Little Rann of Kutch, a sanctuary for India’s last remaining herd of wild asses. There had been vulgar jokes about the poor animals in the jeep as we bumped through a cold and wintry morning. There were wild asses in the stark landscape but the Little Rann of Kutch sanctuary has also been a bird watcher’s paradise. We come across this marsh/lake and there are the most beautiful pink flamingos, limpid legs of elegance against the silhouettes of the rising sun. I watch them a while, separate from the group I was with. I so wanted to bend my head too and not care about lifting it again. To just keep one’s head down and search, search, search…

I realized I want to search again for my self despite my fear of vulnerability.