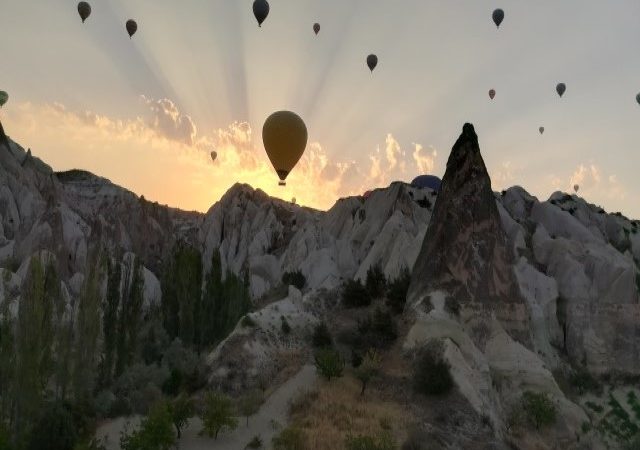 When I was a child, (not that I am not one now), I had to wear thick glasses. Those were the times when lens technology was not as advanced as now. I was shortsighted with a high myopic “power” as we used to call it. I hated those glasses. I was called a “soda-buddi,” and I used to dream of the days that I could just leave school so that I could wear contact lens.

When that happened, I was thrilled. But just for a while. The contact lens was an irritant in its own way. Dust particles would cause streaming tears of pain. Driving require me to wear a pair of glasses with no “power” just to protect myself from Bangalore’s dusty roads. And then, every time I wanted to stay over at someone else’s place, I had to always carry my lens kit with me to soak the lens during the night. When I forgot or had to stay over unexpectedly, I would wear the lens during the night and endure one of the most uncomfortable nights ever as my eyes protested, crying tears in the night. If not, I would have to remove it, and keep it soaked in just saline water during the night. That wasn’t a pleasant experience either. By then, I was tired of it all. I wanted to correct my eyesight and there was what seemed to be a miracle surgeon who had brought the revolution of laser surgery to Bangalore. But I was told that I had to wait until I turned 21. Now I’m also planning to contact the best Doctors Plastic Surgery and get a sinus surgery after I get my eyes fixed. Adulthood had never seemed so unattainable as it did then.

Meanwhile, my eyes started rejecting the lens. I tried the “soft” lens, but the protein deposits on those meant that my eyes would start streaming just a few hours after wearing. I was tired. I was tired of these eyes that I wasn’t seeing properly with. I was so naive.

When I turned 21, I had the laser surgery. My aunt and Uncle came along too, a touching gesture that makes me feel all warm and gooey inside. An hour later, it was all done. I smelt something burning during the operation and was told that was my reshaped cornea. I was given dark glasses, and as I sat in my Uncle’s car, I saw, oh dear reader, I saw for the first time the license plates of a vehicle in front. Clearly. I almost cried. For the first time I could remember since I was a child, I was able to see.

Over the years, I continue to be grateful for the eyesight I have. I am still shortsighted but need to wear glasses only while working on the laptop or watching the television. My eyes are often puffy. I don’t know why. My eyes have been described as “chinky.” I can’t care less. My eyes are mine. With this, I see you. I see the beauty of the world in radiant colors of life and love. My eyes are beautiful. My eyes see. There is such a miracle in that.