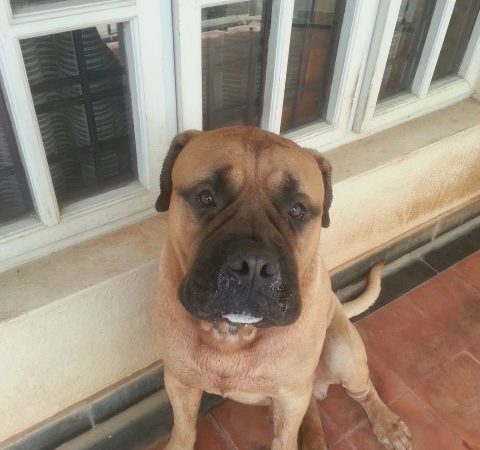 Many years ago, back in 2002, I got my first dog, Bambi. She was a senior dog, almost seven or eight years old, and given away by my English professor in college. I didn’t know what I was thinking when I agreed to adopt Bambi. I don’t think I thought much. I didn’t have any idea about taking care of a dog, let alone a dog that was already as established in her habits as Bambi was.

We compromised, Bambi and I. She couldn’t have the large chunks of meat that she had grown up with. I used to hold my nose and cook her eggs, instead. Once in a while, with what I could afford on my teacher’s salary, I got her Pedigree. I took her on walks, where she snarled at other dogs, but was impeccably trained otherwise. Sometimes, I would take out my frustration on her – yanking her chain such that it must have hurt her. I knew it hurt her. I did it anyway. I was a troubled person then and Bambi was a dog I loved and yet in that love I wanted to hurt. On Sundays, after I washed her, she would wrap one indolent arm around me, and we would sleep in the sun. And then, she would just climb onto my lap – all 100kgs of Labrador goodness plummeting on my lap.

When she died of a twisted uterus in my garage, I wasn’t there. I was away in a school, and couldn’t even come back. My sister held her as Bambi took her last breath in her lap. I wasn’t there as they buried her in my house’s backyard. I only gripped myself tighter as I was told about this on a scratchy Airtel connection and cried silent tears. And then, I went back to class. 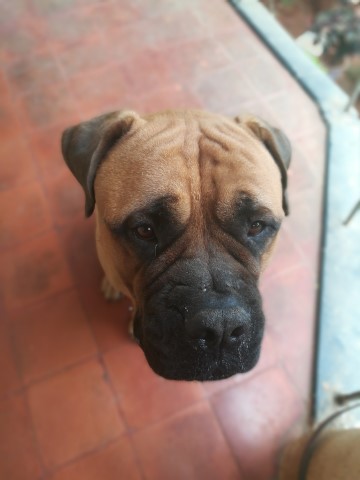 Today, I wasn’t there when Pluto died. I only remember thinking in the morning, a flash of silver thought, that I ought to go and see him today. I will come back from this event, and go over to my sister’s house, I thought. How Life mocks us through Death! It had been weeks since I had gone to see Pluto. I think now of the time I lost. What was I doing? Was I so busy that I couldn’t have gone over there once?

Once again, I was told about loss on a telephone call. Once again, I swallowed my emotions. I locked it down and walked around in the event before driving myself back home to see what I didn’t want to see – Pluto’s prostrate body lying limp. Never again would he come wagging his tail to see me. Never again would I pat his head and sing him his favorite little lullaby that would always make him sleep. “Where is my Pluto, where is my Pluto, where is my little Pluto running down the road,” in an incessant refrain that he would always love. That was our song.

Never again would he lift his paw, scratching my arms in a bid to get me to come closer. Pluto was untrainable. Trainer after trainer had given up on him. He didn’t know how to say thank you and please and curtsy. He was a dog. And that’s how he behaved. He would yank the leash while walking. You never walked Pluto. He walked you. He was terrified of buses and huge vehicles. My brother-in-law once had to grab a tree and hold on for dear life when a petrified Pluto yanked his leash and wanted to bolt when a bus went by. 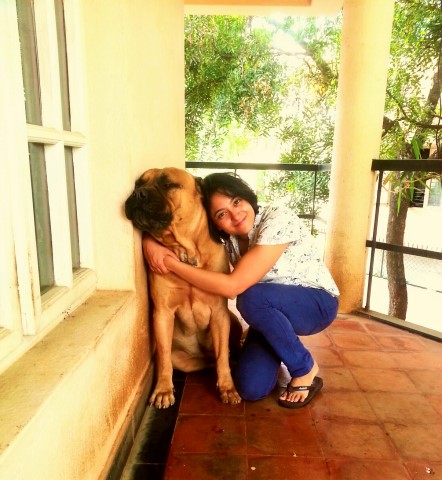 How many hours we spent together, me reading, and he just settling on a comfortable corner close by! “You stink,” I would admonish him. He would look suitably hurt. “Why do you look like the whole world is a mess and that everything is always depressing?” I would ask him, as his drooping eyes and sagging jowls could make Nietzsche seem like an incurable optimist. Pluto was a Bull Mastiff, a huge dog, but a gentle giant. His only act of violence had been when my sister told me earlier this year that Pluto had turned a murderer. His crime? He had killed a little cat that had been roaming in the garden in the night. It was quite unlike him since the same cat would go past his nose and he wouldn’t lift a lazy eyelid. Of late, he had developed an angry barking if I didn’t give him attention as soon as I went over there. Pluto would pace his little terrace agitatedly, whining until I came over and petted him. Sometimes, I would be lazy and not open the gate to his ‘place’ and actually pet him. And there he would be – against the bars of the gate, trying his best to get as close as possible. Why was I in such a hurry? Why could I not open the gate and spend a few moments with him? 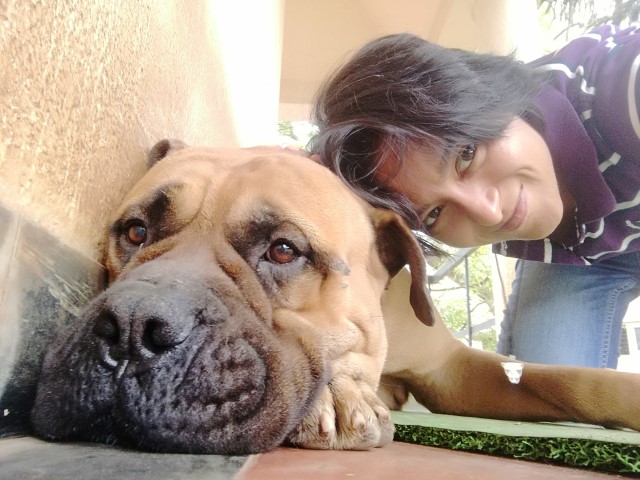 They are right, you know, when they say that Death is the only master. That school is the only one that gives you no certificate except regrets. That University of Death is one where you emerge scalded, scarred, but if you learn the lessons, you know that you should see Life better.

We buried him with his favorite things. A worn blanket. His favorite fruit, the banana. The yelakki banana that is popular in Bangalore, not the bigger one. A bowl of Pedigree. The tears that I held back as I laid warm earth on his still body flow freely now. I patted the tuft on his head, as my sister sobbed next to me. I held that feel of soft fur in my heart, I kept it close in that box of memories, and I turned to him and whispered: Pluto, my dearest, you were loved by so many. So much. So very much. I hope someone remembers to give you bananas wherever you are now. And to sing that nonsense nursery rhyme to make you sleep. I hope that you will remember us with the love you showered on us and that when the time comes, I will pat your head all you want and never go away again.

4 Replies to “Biggest Change In 2017: Grieving When You Lose Love”