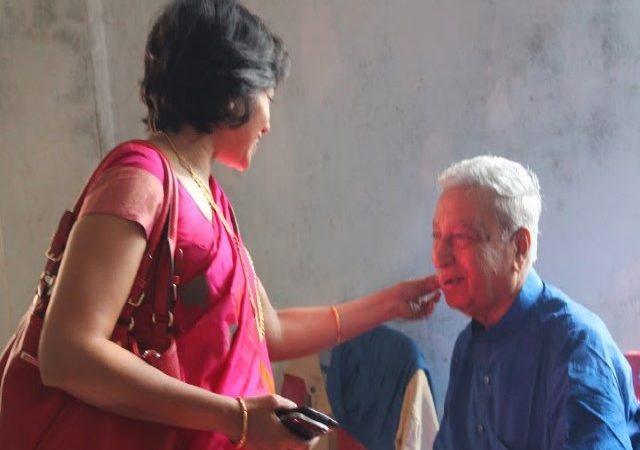 I have traveled to many places over the years with my closest traveling companion, Birdy. Together, we have fought, smiled, laughed our way through narrow streets, wide highways, soaring passes, and plunging crevasses. On each and every journey, I would also have a third companion: Birdy’s camera. Her first camera was called Bozo. I don’t know why we named it so, but I remember us buying it for 1800RMB or Chinese Yuan in 2005 or 2006 in a small city called Xuchang. That was the beginning of my friend’s lifelong affair with a camera. I wasn’t jealous of this new addition to our life. I was merely impatient. My idea of taking a photo was to wave a camera in the general direction of the subject and hope that light meets lens meets beauty. So, I couldn’t fathom the long minutes that Birdy spent ‘composing’ a shot. “You are missing the moment if you keep hiding your eyes behind a camera lens. You are not there,” I would rant.

After many a fight, we developed a simple system. I would wave my camera and then walk away to the next thing I wanted to see. Birdy would follow whenever she finished. This was a system that worked very well until the day I was curious enough to curb my impatience. I waited while Birdy took the photo. She was visibly nervous at making me wait. I smiled then, thinking of what a grouch I am, and told her to relax. Frame. Capture. Click. “Let me see,” I said, and this old friend of mine shyly showed me the picture. I looked at the photo and then at the scene in front of me. The landscape was still the same, but something had changed. What had changed was that some of that beauty was now transformed through another’s eyes. What we see through the eyes of others need not be our prisons. It can be the window to seeing differently. That’s when it came to me.

“Photography is missing the moment, but capturing eternity.”

I remembered this while looking at the “ponder-prompts” for today. What would be my favorite photo for 2016? It had to be this. It was in Shimoga, at a family gathering. I was wandering in and out of the temple where the prayers were being held. I was, as usual, restless. Despite it being the monsoon, the sun was searing outside. I was wearing a sari after many years.

My father has always been the looker in the family. Rumors abound of him having more than his share of girlfriends when he was in college. Dancers, no less. That day, he is dressed in a striking blue kurta, gifted by my sister. The color stands out amidst the sea of colors floating in the temple. And, he looks irrepressibly cute. I walk over to him and pinch his cheeks, a gesture that is completely foreign to me. He laughs, giggles, clearly pleased with his daughter reaching out to him in a way she never has. 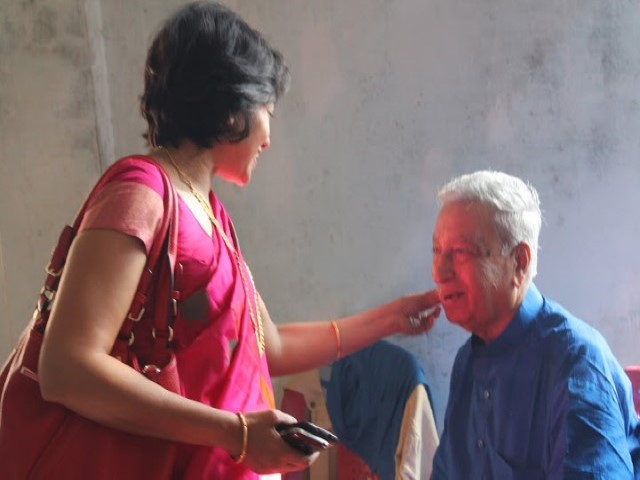 Someone was there with a camera. That someone didn’t miss this moment but captured it for my eternity. There it stays, a whispering star in the sky.

How many moments do we have like this in 2016? Where does eternity store them, I wonder?