Sad to begin a post on such a morose note. But today is the last day of the bliss of Sanya. Perhaps, I shouldn’t use the word bliss. The last two days of sea and sun and rain have been bliss. But what hasn’t been bliss is the feeling of being let down. Now that is a universal feeling that everyone points to themselves and nod soulfully and say “Yeah mate. I’ve been there too!”

Words are MY nausea. To spill one’s guts out on to these pitiful curved symbols that we deign to call as expression. There is so much said than unsaid in this world. And in between, you ache to convey the essence that lies behind the thought that moves the thought. Most people never get the essence and the few who do invariably dilute it.

We cavorted through the streets of Sanya one last time. A last walk to the beach for a bizarre conversation with a 25-year old kid from the UK who talks about the value for human life in Asia. I wonder where the value lies in his country which pillaged other countries for centuries and even now engages itself in a bloody futile war in Iraq? I regret now the fact that I was polite with him. Next time, it won’t be the same.

The skies gathered around as if to bid goodbye. They even cried, these gentle messengers of redemption. And then in a flurry…it was all over. The airport again. With a whole host of Chinese tourists who looked like they were taking a flight for the first time. And the most magical moment of them all – a moonrise while floating on the sea of the darkened sky. That’s what I want to remember Sanya for. The sea and the moon, the skies and the green – all that is beautiful still in this world. 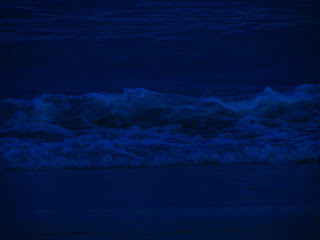 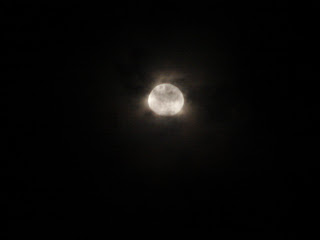