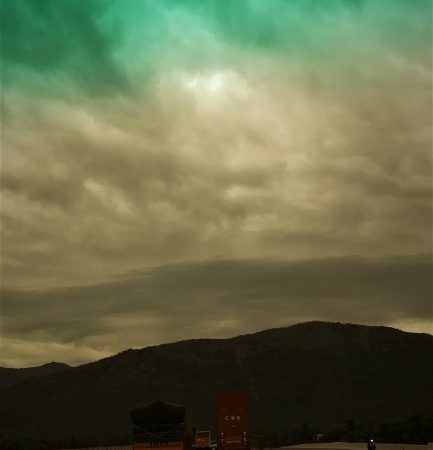 A year earlier, I was part of a wonderful Facebook group called ‘Reflections.’ The goal of that group is to encourage sharing through a series of thoughtful and insightful prompts through the month of December. I so enjoyed my prompts last year that I decided to join the challenge this year as well.

The first prompt for December is ‘Early’. When I saw this, I was wondering about the strangeness of this prompt. What does the word, ‘early’ mean? I mean, we only think of early in relation to time or growth. How do I think of it for what the year 2017 meant to me? And then, just like the lazy hand of light on a dewy winter morning, the image came to me. Early brings to me this.

It was just a few days after I met my friend, Birdy, after a gap of many years in India. It was the 11th of July and then just on the 14th or so we had planned to go to Chennai. Ostensibly to attend the travel fair but more to meet dear friends there in the city in Sheba and Vishy. It would be my first long-distance road trip, if you discount the 600 km I drove last year in one day. And it would be the first road trip that Birdy and I had taken in Toopi.

We were excited and couldn’t sleep much the previous night. At about 3:30AM, the alarm rang. The air outside was still. We took our bags outside and smelt the crisp monsoon air of Bangalore. It seemed like the stars had wrapped themselves in floating leaves of stardust. Did I ever tell you how much I love the early mornings? There is something arresting about that stillness. You feel you are alive with the hugs of a thousand nights, the warmth of the sky’s embrace, and the caress of every faint light. That’s how it felt that night of July 14th.

Google came with us, the ‘Lady’ as we called her stern instructing voice. I struggled with the lack of lighting on the highways and the blinding light from opposing vehicles. I have been driving since 2000 but I drove like a novice that first hour. I struggled to make out forms. I thought I would ram into trucks that had no reflectors or lights. I would swerve dangerously close to the curb. My friend tried to swallow her own panic. I shielded my eyes and cursed the poor infrastructure. Where did that early morning magic go? All I was left with was this nightmare road. For about an hour till 5AM, I drove in that drugged state. And then, slowly, just behind us, the sun started to rise. Light appeared, tinging the skies with their moods. The roads became clear, suddenly. The trucks were no longer vehicles I could drive into. 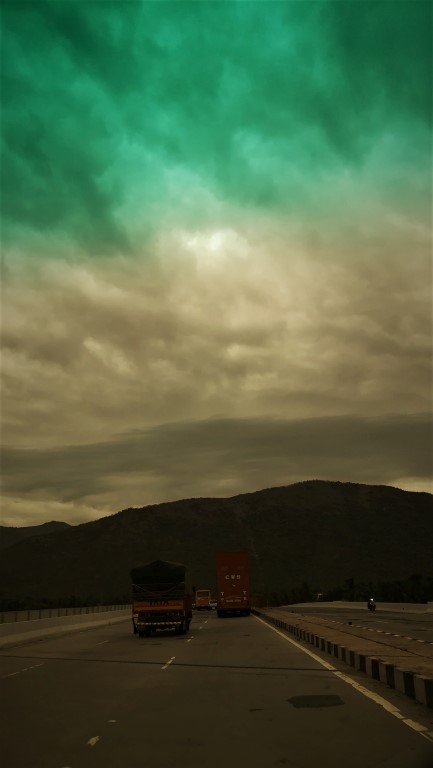 Light is Early
I understood then what it means for us to stand in darkness. In that darkness, it was comfortable to surrender to the danger. To just succumb to our fears. But no matter what, no matter the cliches, you know that the swerves of darkness are just mirrors to our self, and that when we wait long enough, you know that there will be light. May there be light early for you.
Go on. Spread the love!

One Reply to “Early”