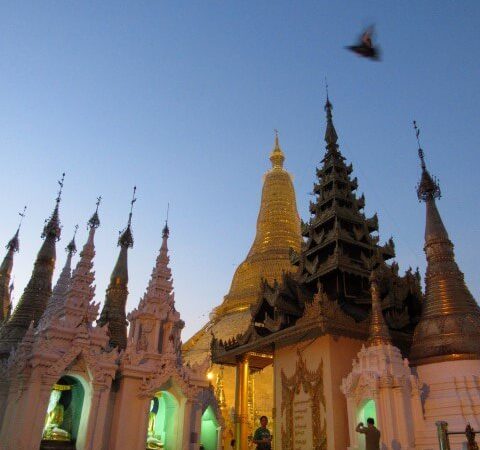 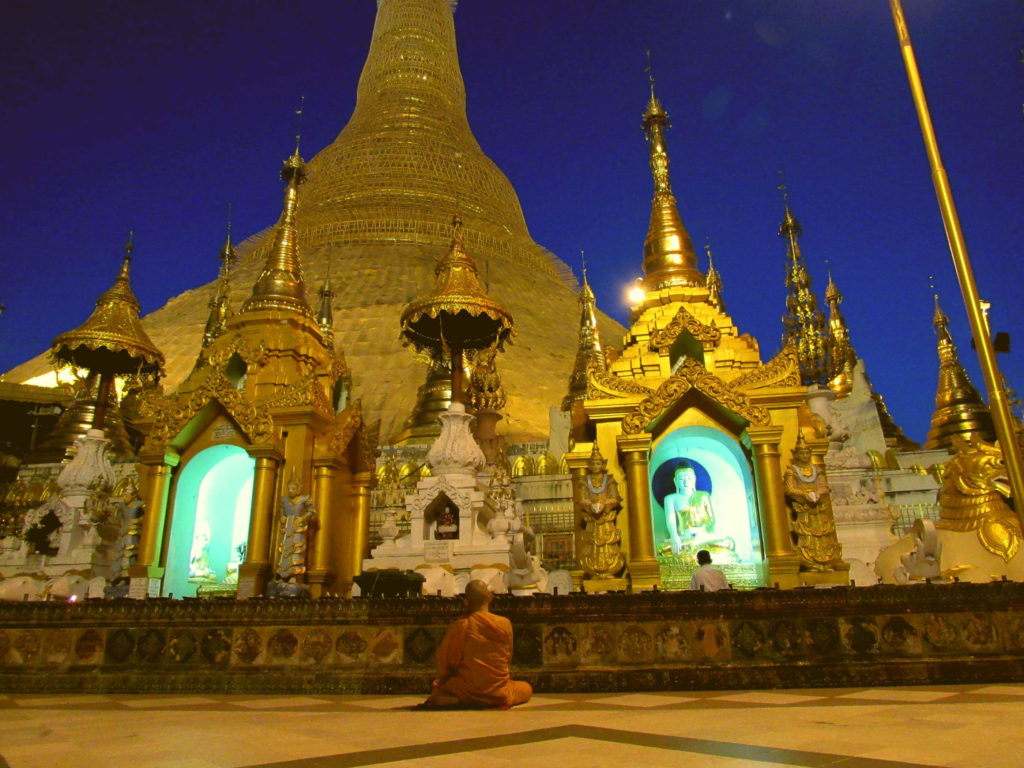 Burma or Myanmar? A country that is democratic or authoritarian? Modern or traditional? Yangon or Rangoon? The contradictions of Burma are apparent from the time you land in Yangon’s international airport. It is winter and the city is wrapped in a slightly colder haze. The roads are wide swept and clean and the visions you had of a military-ruled, poverty-stricken country are dispelled for the time being. Burma is not rich. Far from it. But it is rich in its culture. In the spirituality that seems to pervade all its streets. Temples for the Buddha are everywhere. The massive and immensely beautiful Shwedagon pagoda illuminates the Yangon skyline.

I stand at the entrance to the Shwedagon pagoda, my feet aching after having walked all the way from my hostel. Take the lift. And then you emerge onto dazzling gold hues set against the setting sun. Despite the tourist throngs, Shwedagon is the sacred heart of the Burmese. It’s where they come to meditate. To talk. To walk through the quiet temple surroundings. There are Buddhas everywhere. As the sun goes down, the lights cast an ambient glow. Buddhist chants are in the air. I find a monk sitting with his back to the crowds, in front of a statue of the Buddha, absorbed in meditation. I sit behind him. The air is thick from the smell of a thousand incense sticks and lamps. I close my eyes and try to still my restless mind. In vain. But it is enough. 15 minutes later, I look around and somewhere I know that my mind may have changed in infinitesimal ways – the same way you picture a moment, not knowing when you will need it again, but you feel safer and calmer and happier for knowing it was there. It still is there. A year later, almost. The moment. When the monkey mind quietened just momentarily.