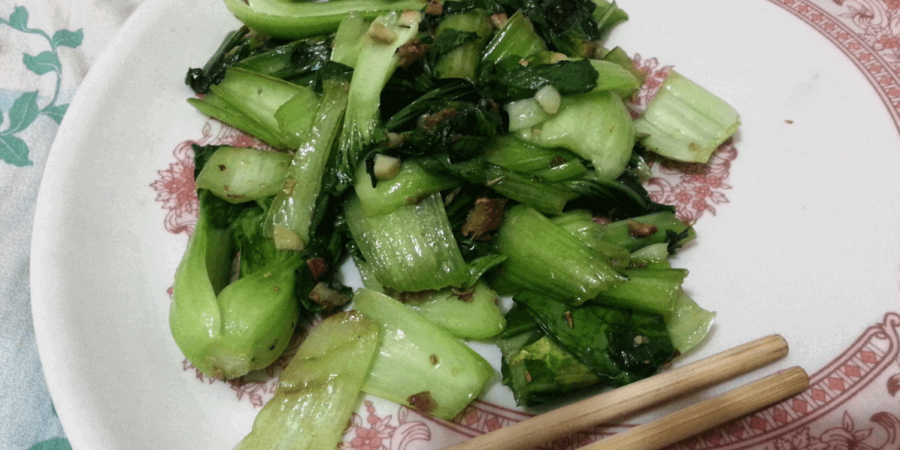 I found some fresh bok choy in the local grocery store and I was immediately taken back to many a dinner and lunch in restaurants from the north, south, east, and west of China. All these years. I remembered the texture, the flavor of garlic and ginger. Just gentle garlic and ginger and the rich, unique flavor of the boy choy itself. And when you think long enough and hard enough, then you start to remember the conversations. The friends you had those meals with. The waitress who served you with a smile. Steam rising from the plate. It’s amazing what the memory can serve. Carefully hidden in the labyrinthine passages of the mind, there are all these little images of the past. Try it now. Just close your eyes and you can bring yourself back there.

The recipe itself is simple. I used the one here from Steamy Kitchen. But wait. Where are the chilli peppers? Usually, most Chinese restaurants would oblige when I asked them to add some spice. Some chillies that were really not part of the original recipe. They would also oblige me with a few pieces of meat even when I said I am vegetarian out of compassion that I wasn’t eating well. But the 白菜 – bai cai – as it was called in Chinese, the same restaurants would not be so obliging. In Chengdu, the capital of Spice Land Sichuan, one or two peppers might make their way after much pleading. Most recipes online also do not use chilli peppers. Today, I paused while chopping the ginger and garlic, and thought if I should add chillies. I didn’t. The dish was just as flavorful without the spice. The garlic and ginger added a subtlety to the bok choy’s own rich flavor. It made me think. Perhaps, I shouldn’t want things my way. It’s just enough the way it is. Sometimes, the spice is not needed. The flavor of life is enough. 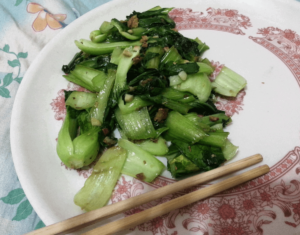