Watching the furor over the Salman Khan verdict, I couldn’t help but be bemused. This was a film star I grew up adoring. The one who brought biceps to the big screen. There are discussions all over the Internet. Was he in the right? Was he in the wrong? And if he was wrong, surely, 13 years of leading a ‘good’ life as a ‘good’ human being should be punishment enough for running over people? I couldn’t believe that there was an argument. For all the good work that he has done, for the billions that he is reputedly worth in an industry that is famed for its duplicity and hypocrisy, there is just one truth  – did he or did he not? That’s the black and the white. If he did, then the law must run its course. The same for if he did not. There are no other colors in this. 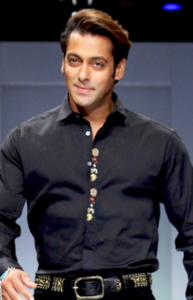 rse, this being India, we must have more than one color. We must paint our deities with the varied hues of godliness. So we allow Sanjay Dutt to pass himself off as the poor soul who is unnecessarily serving time in prison. So we allow reams of Internet space and newsprint to debate why Salman Khan should not go to jail. Seeing the case has dragged on so long, it would not surprise me if he never goes to jail. Even if there is a conviction, I feel he will show that he has diabetes, a cardiac ailment, hypertension, hypothyroidism, and suffers from the I Can’t Be In Jail Because I Am A Celebrity syndrome. A short stay in a hospital may follow. And then the ailing Khan will once again wave to his fans across the balcony of his house. They will scream and shout and like in the case of the conjoined twins who stopped eating on hearing of his conviction perform myriad acts that will bond them ever closer to their fallible God. This God will, in turn, open more foundations for charity and hustle his shirt off again on the big screen. The truth will be a sad grave underneath, tattered in old clothes, and trampled on by the eager fans. Or by an eager lawyer.

But as someone said, we are like this only. And for us the this means that there are more colors in black and  more colors in white than you can ever imagine.

One Reply to “Black and White”