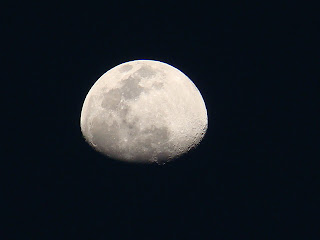 Yesterday, one of my good friends, Birdy, did something absolutely amazing. No, she didn’t fly to the Moon and back. She did something better than that. She reached out to an ex-friend. What’s amazing about that? It is. I am in awe.

Physical acts are hard to perform. We all admire the ones who run the Iron Man or Woman marathon. The ones who finish the Tour de France. The ones who climb Mount Everest some million times. There is a certain sense of respect, admiration, jealousy, and plain wonderment that accompanies such acts. But to me, breaking the boundaries and barriers of the physical self is one thing, trying to break through emotional barriers is another. It’s just as much a huge feat as climbing Mount Everest to reach out to someone. And unfortunately, this gets such short shrift these days. Sure, we need the climbers and the runners, but I feel our world needs the reachers – the ones who can keep aside their ego, and reach out to another person. Especially after things have ended spectacularly acrimoniously, bitterly and sadly with the other person. Especially after you know in your heart that you are not of much value to the other person. Yet, you take the risk. Why? Because that person is of value to YOU, never mind what low role you play in that person’s life.

I know I wouldn’t have done what Birdy did, being ruled as I am by the presence of sinful pride, and the knowledge of rejection. I know many others wouldn’t have done what Birdy did. It’s a different matter that I think the person she reached out to may be dumb enough not to understand the value of the offering, and be ruled instead by the sacred vaults of fear. But to me, Birdy climbed an Everest yesterday. The emotional Everest we all keep in our hearts that allows us to store petty grudges and painful swords deep in the past, and refuse to throw it out even if the past is bleeding us to death. In climbing this Everest, she showed me just how beautiful a person can be. And how small Everest can be if we allow it so. Indeed, she reached the Moon. And back.