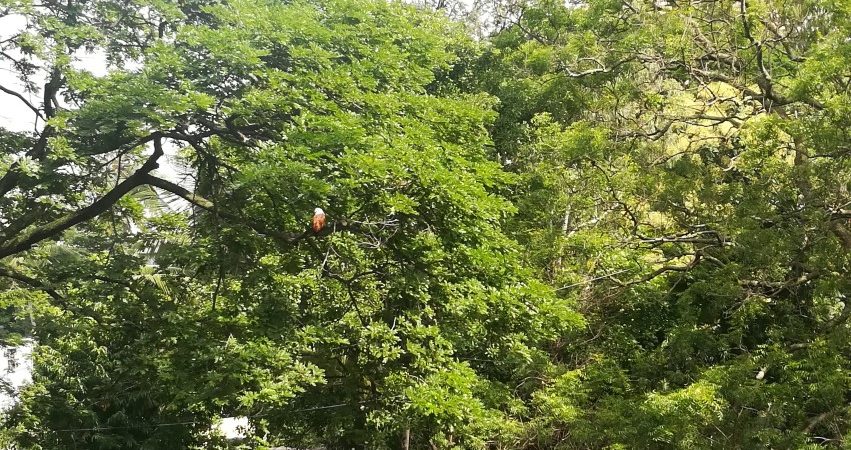 About once or twice a week, I go to this office on Bangalore’s Rest House Road. I had previously spent nearly four years working in another different office on the same road. These days, though, my visits to this office are time-constrained. I usually drop in there in the mornings, and I am off before lunch.

Since this happens on a Monday, I am usually in a frenzied state of mind. Get up and workout. Pack up from the place I spend my weekends in. Then, catch the over-crowded Metro. A quick walk before I can sit down with a cup of tea and open my laptop, running through Google Analytics statistics for the previous week. I don’t have a workstation in this office since I am a consultant. So, I occupy a conference room for the meetings that I would have later in the morning.

As I sat there two weeks ago, I noticed that the window that faced the street was open. I glanced at the colossal Gulmohar tree that shaded a large part of the road. There were no red flowers in bloom. Just an overwhelming green. I sipped my tea, glancing at my screen, wincing over the numbers I saw on the screen, and then again at the green of the tree outside. That’s when I spotted him. A gorgeous neck of white that supported a body sheathed in brown. He is the famous Brahminy Kite. Resplendent. Glorious. Powerful. And utterly still. I got up from my seat and watched him.

He doesn’t move. His back was to me. I don’t know what he was staring at, yet he appeared almost meditative. I watched his stillness for a moment before getting back to my screen. It’s about 9:30AM. The clock ticked over to 10:30 AM. He was still there. In the same position.

Meanwhile, I have got up twice to refill my tea. I have fidgeted with my chair. I have lurched between one tab to another, my focus utterly lacking. I have glanced at my phone. I have been anything but still.

It’s noon. I have finished my meeting. The Kite is still on the same branch. I packed my bags, and then just as I was about to leave, he took off. After about four hours of utter stillness, his flight is a moving tribute to joy. I watched him disappear, and I wondered if he will be back. 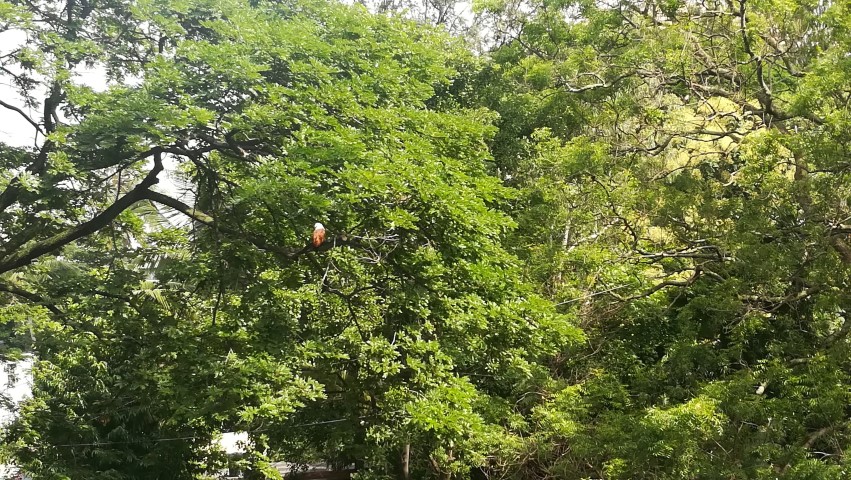 He was back. Last week, I saw him perch on the same branch. He doesn’t sit anywhere else but there. This time, I am calmer as I watch him. What thoughts go through his head when he sits like this? Does he think at all? He doesn’t stay quite as long this time, though, flying away after an hour.

This week, he wasn’t on the branch. But I see him before I enter the office, imperious while sitting on a lamppost high up. For the first time, I catch a closer glimpse of him. That broad, beautiful chest and steely eyes. He doesn’t look at me. I step inside the office, settle down in the same conference room, and then glance up at the Gulmohar tree.

What emptiness when I realize that he isn’t there on his favorite branch today! I stay on till 1PM hoping he would turn up. But he doesn’t.

I don’t know if he will be there next week. But at times when I close my eyes, I can feel his stillness. I can see him in my mind’s eye –  and I wish for that strength in silence to wash over me. To just tell me that maybe there is such a thing in life as sitting on a branch and watching the world go by. And such a thing as calm, quiet, utterly beautiful stillness.

May you find some stillness today.