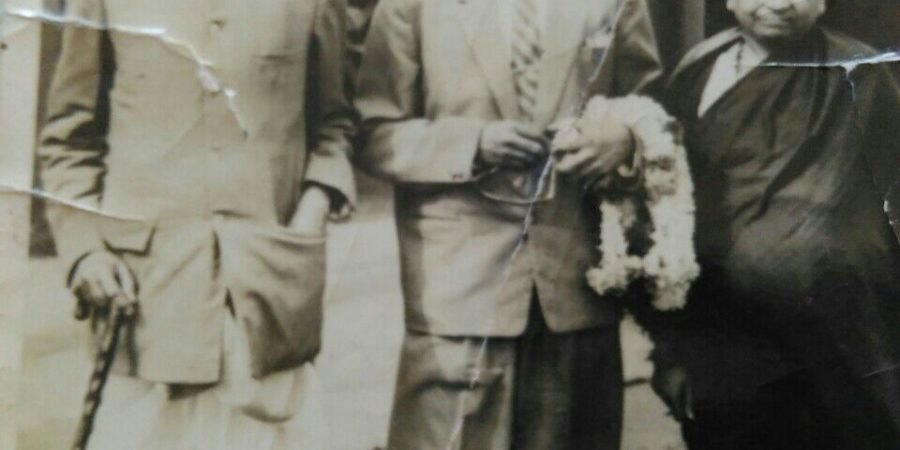 I read the wonderful Bangalore Blue last month by Steven Carvalho. I was so delighted by the nostalgia it evoked that I have been recommending this to anyone I know who loves Bangalore. First, it was my sister. And then, I gave it to my Dad.

My father doesn’t read anything apart from a newspaper. He would subscribe to this little magazine called Wisdom, and that with his beloved news forms the bulk of his reading. I didn’t expect him to read Bangalore Blue, but life has been surprising me of late. He is enjoying the snippets, savoring each page, reading slowly, and handling the memories that the book evokes. Today, he shared some of his reminiscences of Bangalore as he knew it.

My Dad was born in Mysore but has spent most of his 80+ years in Bangalore. He knows of the city’s change from the paradise it was to the almost dystopian future we shudder to contemplate. When tales of Bangalore’s dreary future are all that we can look forward to, does it not then make sense to turn the mind’s wheels back to the past, where there are Gulmohars in abundance and Bellandur was really just a village with a beautiful lake? Here then are some of my father’s memories: 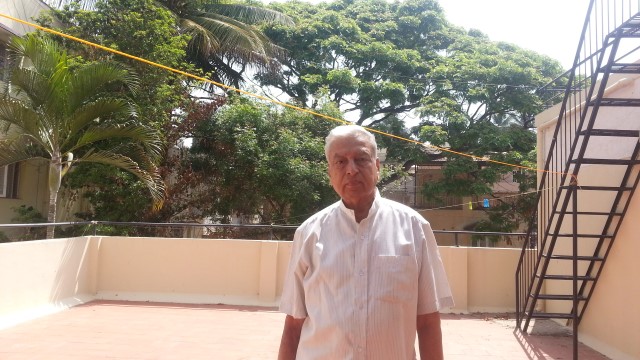 “I was there when World War II was happening. At that time, we were staying in Malleswaram. We would hear the march of the soldiers as they went past. There would be announcements and sirens every now and then.”

“That time, we didn’t have any indoor toilets as the plumbing was practically non-existent. I don’t know what the British did for their houses in the Cantonment, but we were ruled by the Maharajas, and we would have a well outside with a bucket that could be lowered down. Every day, early in the morning, the night soil workers would come and take it away.”

“There were 35 of us staying in one house at that time on 3rd Cross, Malleswaram. Our house was close to an old tiffin joint called CTR (not the one you know of now in its more famous avatar). It was a huge house. My father was paying Rs 26 as rent at that time. From his own children to the wives and husbands of his children to their in-laws, my father took care of them all. There were four rooms for us, a kitchen, and a backyard. Cooking was an affair in itself. My mother would use a huge cauldron and serve us all. We had no gas or electricity – it was good old firewood. I would go out and chop the wood.

We used the same firewood for heating and for taking a bath. We had a huge bathroom and a stove in-built. Water was never in short supply.”

“What was traffic? On Sampige Road, at the most, you might see 15 people on one side and 10 on the other side. That was a crowded day.”

“I would collect armfuls of flowers every day. Beautiful sampige flowers.”

Bread was at your door

“We didn’t have that many bakeries. But every day, there would be a man who would come by on his cycle, with a basket of fresh bread and bakery items. He would come to your door, and you could buy your bread right there, fresh and soaking in the sweetness.”

Sweets by the trees

“We used to buy cotton candy, which was all the craze at that time. And then, there was another candy that the seller would tie to the tree; it would slowly string itself out in a layer of goodness.”

I listened to this. And then, I wrote this in a hurry – anxious to get the words down before they disappear from my memory too. But the images these evoke – I think these will stay.

7 Replies to “Nostalgia, my Father”