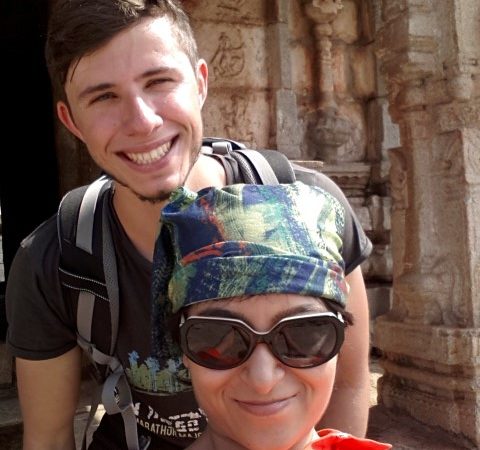 I have written a lot on this blog of my soul friend, Birdy, but I haven’t told you about my other soulmate. I usually don’t write about my other relationships much because I thought I would keep those private. But what’s the point of keeping a blog where I promise to be honest and open if I stick to some vague notions of privacy?

Yesterday was the so-called Friendship Day in India and some countries in South Asia. I say “so-called” because I am not a fan of celebrating days created to drive home greeting card sales. I don’t care for this day – but I have been an advocate of creating meaningful friendships in our lives. Study after study has shown that, in the end, the happiest people are those who have deep friendships. After all, this is the only relationship that comes with no societal sanction. It is not bonded by blood nor created for procreation or sex. The definition of friendship too is evolving in today’s generation. We think we are friends with someone because we like their Instagram or Facebook posts. The shallow interactions of social media  has led to a dearth of real meetings and the building of nourishing connections. It’s also creating a generation of extremely lonely and narcissistic people.

In such times, how blessed am I that I have another person who is my soul friend? I met Jorg (Boy to me), back in 2011 in China. I was on a sabbatical then, learning Mandarin. I remember him coming to the first class, a bag slung over his shoulder, and fashionably late for a German. I found his German accent difficult to understand. But Boy was a charmer. He could talk to anyone and anyone – and when in the mood, so can I. That’s how we started to be friends.

Boy was also a Type A personality with a hyperactive energy. He wanted to do more than study – I wanted to just be left alone in the evening to study. As an INFJ personality, I need my time off from people. Boy needed more people. How did we get along, then? We just did. It shows that friendship need not always be built on similar foundations. But it can be built on similar values – just like me, Boy too cares about meaningful friendships. Just like me, Boy is driven by the idea of leading a life that throbs with meaning and beauty. Just like me, he cares not for societal traditions. Nor do we care about conforming to someone else’s idea on how we should lead our life. 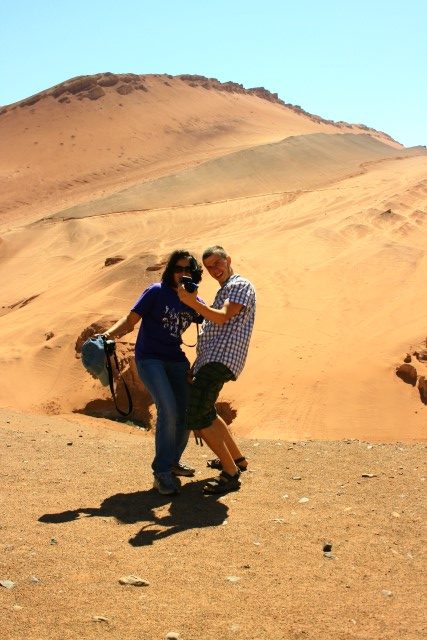 We began like this. He annoyed me. I annoyed him. But we grew to play amazing music.

Our friendship grew in bits and starts. But with every relationship, there comes that moment when you know you are in it for life. Or you are going to walk away. Our moment came in the bleak desert of Xinjiang in 2011.

The three of us, Boy, Birdy, and I, were on a month-long backpacking trip. We were tired of the hostility in Xinjiang, the long bus and train journeys, and we were also tired of being with each other, stuck in proximity all the time. We were just tired, I think. We reached a town in the morning after a harrowing bus journey, and had to immediately catch another bus to reach Kashgar. I was hungry as well, having had nothing to eat on the 36-hour back-breaking bus. It was at this time that Boy decided he wanted to withdraw money at the ATM. And we sat on the pavement outside, watching him.

He waits for a long time in front of the ATM. “What is he doing?” I ask Birdy, who shrugs. And then he comes out to tell us that he was unable to retrieve his card. He had waited too long while counting the cash and the ATM had just swallowed his card into its bowels. It was just 6AM in the morning. The bank wouldn’t open until 9AM. That meant we were stuck in this town for a day, missing our bus to Kashgar. I don’t know how the argument started, but I was irritated that Boy could have been so absent-minded. It can happen to anyone, I know, but back then I was not the person I am now. Sharp words were exchanged. And then, in the still morning air, I lost my temper. “Oh! Fuck off,” I yelled. He looked stunned. Birdy, next to me, was stunned too. There was utter silence. That was the period where our friendship could break. It didn’t. It grew.

Because Boy didn’t fuck off. He stayed.

I started to understand him better – his hyper energy, and he started to lay off and leave me in my solitude when I wanted to be alone. He brought out in me my wacky side. With him, I was able to be just truly comfortable. When it rained in the desert after a sandstorm blew away our tents, we all had to share one tent. Boy was in the middle, sleeping next to me, and I knew as our shoulders touched that this friend of mine would be there for me through all my storms. He calls me sister now, and I can whine, rave, rant, twirl circles, and dance with him in ways I can’t do with anyone else.

Do you have such soul friends? The kind who see you through? The kind who can see your soul and still want to see more? Keep them close. Very close. Trust me on this. These are rare.

5 Replies to “My Other Soulmate”