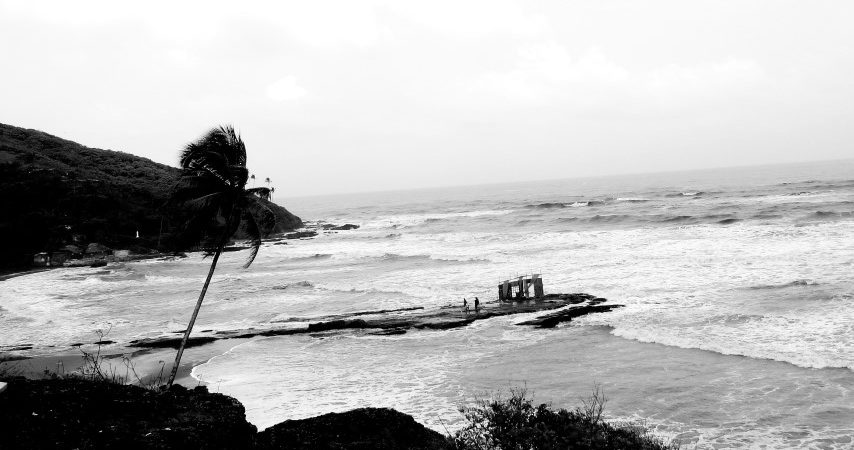 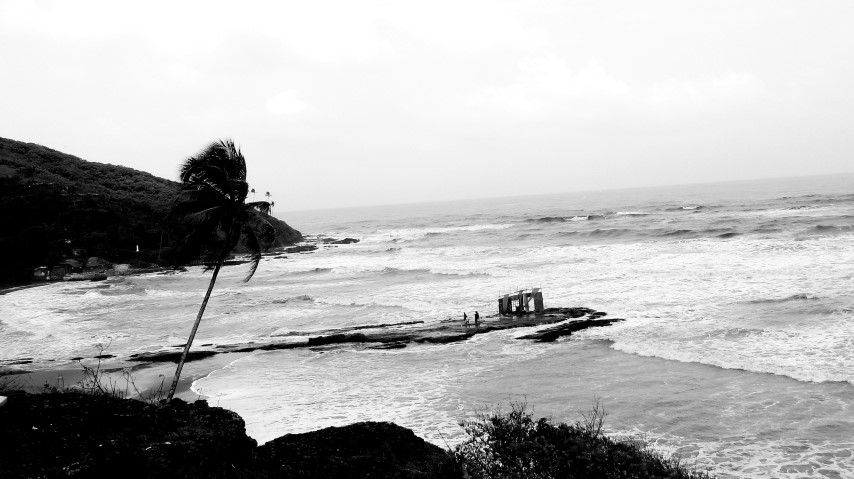 The sun is playing a game here. Kissing the clouds. Pushing them away. Rain here. And then rain no more. Vagator doesn’t have much in the way of ‘seeing.’ It’s just an ordinary beach, if you really want to describe the serenity of the ocean in such manner. But there is a ruggedness to the beach here. Aryans Hotel looks out over Ozran Beach, overlooking Vagator Beach. The room is almost like a Swiss chalet. Almost being the key word. The wooden patio in front opens out to a swimming pool. Beyond that a few chairs casually look out to the sea pounding against the rocks below. A palm tree in front partially obscures my view. But I can’t complain. The breeze whistles through the creaking wood of my cabin. The sea below can hardly raise its voice against it. I sit back and I wonder why it took me so long to get here. Travel has been over romanticized over the past few years. It’s a trend that worries me. Travel is not always the beautiful haunting memory. It is dirt and grime and all the snot that the kid on the night bus to hell blew into you. But there are still exquisite moments that we must capture. As I have learned, you don’t need to travel to capture those moments. But it helps find them faster.

The sky is still a pale blue by the time I finish my breakfast by the sea. The thing to do here is to rent a bike. And then go around on your own, exploring the little corners that escaped the Lonely Planet guidebook. That’s what I do. A Honda Activa is what I get. Fill it up with petrol. Much to my nature, I ruminate later that I filled it up with far more than necessary. The roads are swept clean by the rain. I have no destination in mind, but food. Baba Au Rhum is a French restaurant that ranks high on Zomato. Thalassa, a Greek restaurant is another. That is right next to Aryans, but I know that it is closed in the monsoon. Finding Baba Au Rhum is an adventure. Google GPS is there to help me by, but I quickly realize that using it on a bike requires far more skill and ingenuity than merely plonking the smartphone on the dashboard of my car. Past winding roads. Hills. Yes, hills that seem to evoke memories of Scottish meadows. This too is Goa. Past fields where sowing is in full swing. Meandering roads with beautiful houses that I wish were mine. Goa in green is resplendent. Monsoon is a crazy time to come to Goa, yes, but there is no right time. You know that when you move past bougainvillea draped longingly on walls still wet from last night’s rain. 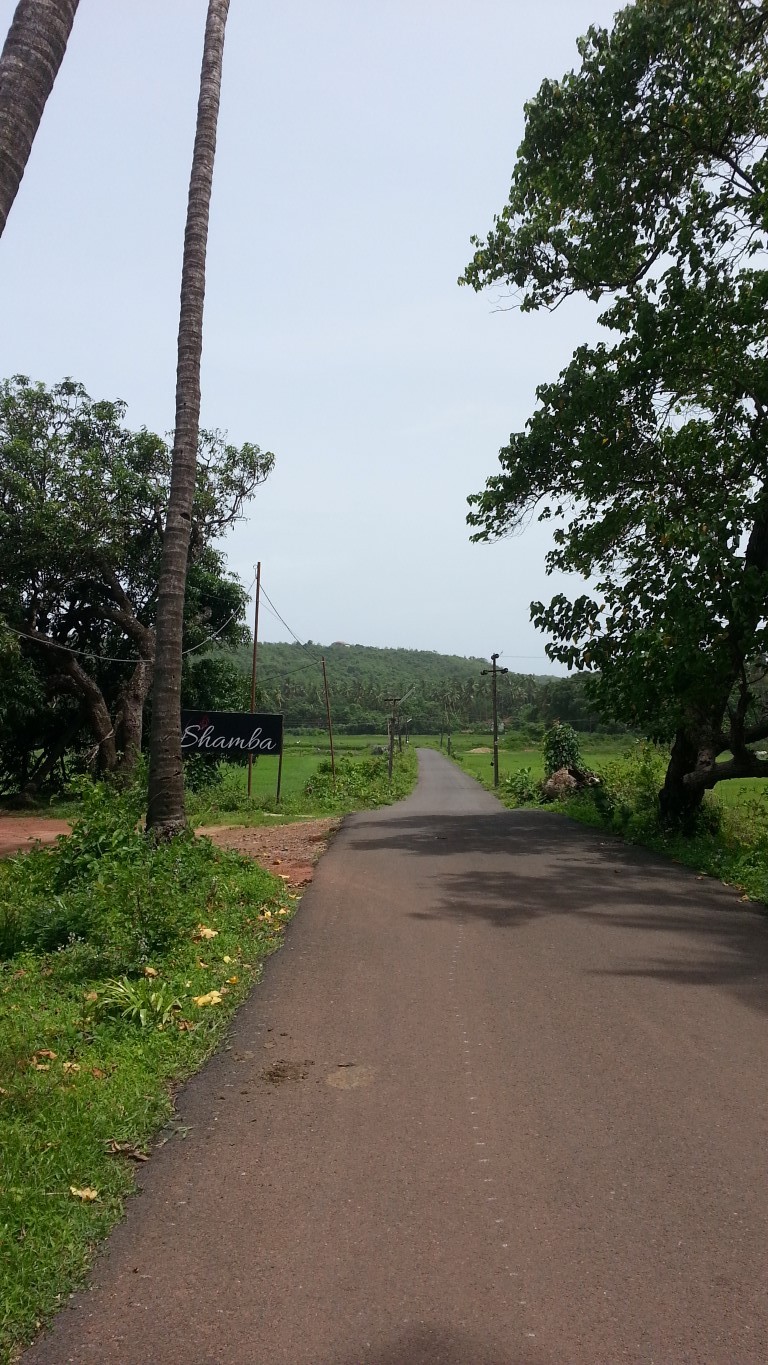 And then I see it. Genacsvale, Georgian Restaurant, it says on one of the many signboards that helpfully give directions. Georgian cuisine? I don’t need to check again. Off I go where the sign points me. When the stern lady giving me GPS directions on Google tells me I have arrived, I see that I have reached a large house. I can’t see much of the house with a huge wall covering much of it. The wooden gate is ominously shut. I venture to it only to hear a dog’s warning bark. I pause. Uncertain. At times like these, there is usually the odd soul who happens to be just standing in the middle of the road so that he can deliver this precise information that the restaurant is closed. Who is this man? Where did he come from? I irrationally think. “It’s closed for the season,” he adds helpfully. Closed. Heart dropping a million heartbeats lower. Turn the bike back in the search of Baba Au Rhum. It doesn’t come easy. Baba Au Rhum, Wikipedia tells me, is a yeast cake made from liquor, and as the name suggests usually rum. Turn left. Turn right. 500 meters turn left. The GPS woman is in her elements. I can only follow as she moves past more green fields, past a few clouds that hover by to watch the fun, and past some meandering cows. Just when I think the GPS woman is leading me on one of her ‘let me have fun with you’ chases, another signboard to the place pops up. 10m away, it promises. I park the bike to see another bike come down. “Where’s Baba Au Rhum?” the new bike rider asks me, without so much as a preamble. I like the foodie types though, so I am not offended. Instead, I am concerned. “Isn’t it over there?” I ask pointing to where he came from. New bike rider shakes his head. We look at each other, failed foodies, who have come so far only to fail so far. I circle back, not able to believe that I could have lost the way. A man stands by (see, again!), washing his car in the middle of the monsoon. I ask him about Baba Au Rhum. “Closed,” comes the answer. Symbolic, I think. Everything’s closed.

That’s the reason I think you shouldn’t believe the tourist hawkers who tell you to visit Goa in the monsoon. Goa in monsoon is silky beautiful. But it’s also beautiful at any time. In monsoon, the crowds are less. The parties you have to search for. The beach huts are closed. But to me, the saddest part of Goa in monsoon is that these wonderful restaurants promising such glorious food just aren’t there. I search Zomato, and think that maybe La Tomatina, a Spanish restaurant sounds good. A good 30 minutes later, the answer is the same. Closed. I give up the chase. Sometimes, it doesn’t pay to search. Sometimes you have to find what is right in front of you. A bistro is in front of me. “Are you open?” I ask, half disbelievingly to the guy who is seemingly standing there, just so that he can watch me helplessly rattle the gates to La Tomatina. He nods. It’s open! That’s how I have my mushroom with asparagus, fresh lime soda, and mango gratin. The food takes time in coming, but by then 4 dogs have flopped themselves by my feet. That and a long conversation with the owner who has a few manufacturing plants and one or two restaurants in Delhi as well. Together, it makes for just the kind of meal I like. A conversation, pasta, and some dogs for company too. 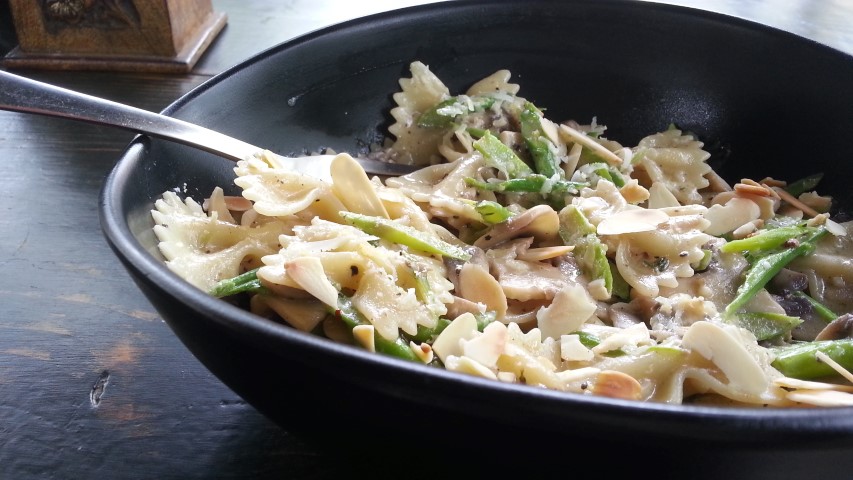 One Reply to “Goa In The Monsoon”