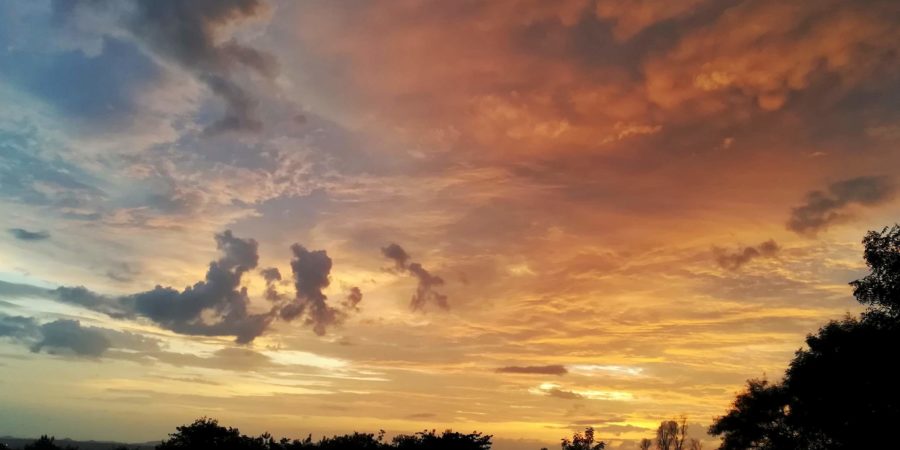 I believe in synchronicity. I always have. Of late, I have been going through this phase where I see parallel numbers often. The 07:07s or 11:11s or 09:09s. This happens several times during the day. I think of a person and suddenly that person’s name flashes across on the street sign or billboard or on the next page I am reading. I kid you not.  I am not sure what message the Universe is trying to give me through these signs – should I just be happy I noticed these times? Or should I attribute deeper meaning? If so, what should the meaning be?

But despite my musings, I feel that my life is synchronous in ways I can’t fathom. I told you in my last post that I reconnected with a ‘good man.’ A day after I did that, I logged in to Google Photos and in the “Look Back On This Day,” feature on that app, I was startled to see that I had reached out to N on the same day that we had last gone out – to a local dog shelter to bring home a dog for myself. The same day. Was it some subconscious memory that made me reach out to N on the same day?

Last year, on the same weekend of June 17th, I went camping under the stars with two good friends from Mumbai and H, the NGMA friend. We lay down on the charpoy and watched the stars that were out in full, astonishing glory despite the monsoon. I saw a shooting star for only the second time after 2002, and I wished on it. Has the wish come true? No. I wait, though.

Before we went camping, I had taken my friends to one of my favorite places in Bangalore – Omkar Hills. Over the past 20 years or so, this spot has become deeply beloved to me. It was where one of my old friends, V and I, used to go to discuss problems with girlfriends (his girlfriends, not mine!), the vagaries of life, and the difficulties of managing parental expectations. This was meant to be a Vedic school and at the top of the hill, under the shade of a lovely Peepul tree, we used to watch the lights twinkle over Bangalore as the sun set. The view was mesmerizing, and the chanting from the temple nearby only added to the charm.

Nostalgia has made this place deeper shades in my mind since then. So, last year, my friends and I also stood and watched Bangalore in the distance. An old clock tower that no longer keeps time dominated our attention. It wasn’t evening. Yet, we were all lost in our thoughts still then. 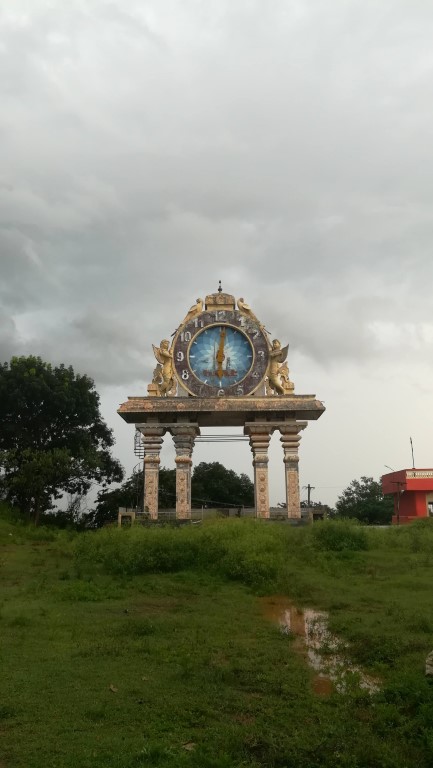 Yesterday, I told N that I didn’t want to go to the usual cafes. I wanted to show him the sunset and the place that warms my memories. Bangalore being Bangalore, the weather changed from sunshine to clouds and then rain by the time we reached the top of the hill. Mercifully, it had stopped raining by the time we stepped out of the car. I said hi to the clock tower and then we stood for a while under the tree. N pointed out a cat that had become stuck on the tree branches above us. By now, the clouds were parting after the rain, and the sky was slowly aflame with the setting sun. We found a little path down the hill and we walked barefoot on the wet ground. The sun was now in front of us, and the sky was changing colors every minute. It then started to drizzle again. We turned back, my back to the sun, and we were talking about N’s ex. “Why do people hang on to relationships that no longer work for them?” he asked. I don’t remember what I said because I turned back to take a photo of the sun. And then, when I switched around, I glanced up and grabbed N’s arm. There in front of us was the most gorgeous rainbow I had ever seen. It stretched in a huge arch from one end to another. Full, glorious and smiling.

We stood there stunned. “Do you know what the rainbow means in Christianity? N asked. I didn’t. “A rainbow means that God promises to never flood the earth again,” he said. It’s a covenant from God. And to be reminded of promises at that time was beautiful. It was spiritual even to a non-believer like me.

The rain washed away the rainbow a few minutes later. Later, the sun set in a riot of color. The skies breathed in the aroma of another day gone by. Not for the first time, I feel that the Universe is making space for my madness – a gentle space of warmth that is hugging me in its faith. Believe, I am there for you, it is urging me. And despite my doubts, I want to believe.

And here’s the final synchronicity. My visit to Omkar Hills yesterday was the first in a year. My last visit? The same day last year when I went with my friends from Mumbai. I hadn’t known of it then. I realized it when Google Photos again reminded me. Of all the days in the world, I choose to go here on the same day I had gone last year. Nothing in between. Now, what to make of that?

4 Replies to “A Rainbow Is The Universe Saying Hi”